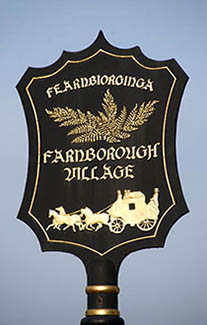 Situated in the centre of Farnborough village, between the more populous areas of Bromley and Orpington, FOBG is a very friendly yet ambitious football club.

The club is well established, founded in 1932, and has a large clubhouse and two excellent pitches.

We have two Sunday teams in the Orpington, Bromley and District Sunday Football League (OBDSFL). The First XI are in the Senior Division, the Reserves compete in the Premier Division.

We also run two Vets (aged 35+) sides who play 30 or more friendlies each per season.

The club's organisation is second to none for its size, with a dedicated, hard working committee, and a weekly emailed newsletter.